That’s right, all it takes is determination and belief in ones self and that always results in success.

You see, if you don’t want it bad enough then you will never be determined enough. Just about every successful entrepreneur can say they remember that Aha moment they had one day that became the turning point for them. I sure can.

For a long time I just played around. I tried this and that and always spent more than I made. I blamed my failure on my sponsor or upline, on the companies I was with, on the products, on the lack of support. Then I had the surprise of my life. I got laid off with no prior notice.

For me it was a ‘Do or Die’ type situation. I couldn’t find a job anywhere. Everyone was laying people off. Not hiring. I had to pay the bills. 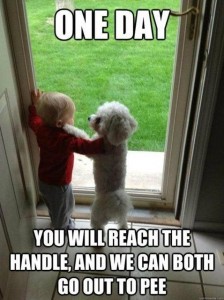 I always knew I could make this Internet Marketing thing work for me. I kept seeing other people doing it and making lots of money online. What were they doing that was working so well for them?

As it turns out it wasn’t anything special they were doing differently. It was simply that they had DECIDED  to do it.

When I got laid off my whole attitude changed. I almost literally woke up one morning and told myself, “Today is the day I start turning things around for myself.” And I never looked back after that.

I was determined enough. That’s for sure. Before that day I never really believed that I could do it for real. And I didn’t have that strong determination. But from that point on I went from making a big fat ZERO in earnings to making $1500 the next month. Then $2500 the next month. Then $3000, $4000, $5000 and so on. My income was growing every month, not because I had more time but because I made every effort and every minute count and because I was willing to do some things that before that I was uncomfortable doing.

Like spending money on paid advertising. Like putting at least 30 minutes a day into building my list. Like picking up the phone anytime a new lead left me a phone number. You know… the things all those successful people keep telling you to do but you avoid them like the plague.

So ask yourself… No, I’m serious as a heart attack. Walk up to a mirror, look yourself in the eyes, and ask yourself… Just how determined am I? Do I honestly believe that I can do this? Am I capable of making $20,000 a month or more?

That job I had… I thought back then that I was doing great. I thought I was successful. I was head of the IT department for a small company with 164 employees, 3 branch office locations, and dozens of outside sales reps. I was in charge of everything “I.T.” related for the entire company. I was the 4th highest paid employee. I look back on that now and that was chump change. If I ever bump into that guy who let me go, I’d give him a big hug and thank him!

I would have never believed back then that I could ever make over $10,000 a month. Boy, was I wrong!

If you can relate to anything I’ve said here then do yourself a favor. Just think about it. Sleep on it. Then wake up one morning this week or next week and tell yourself, “This is the day! This is MY day to start making things happen. Whatever it takes.”